WHAT CLIENTS ARE SAYING 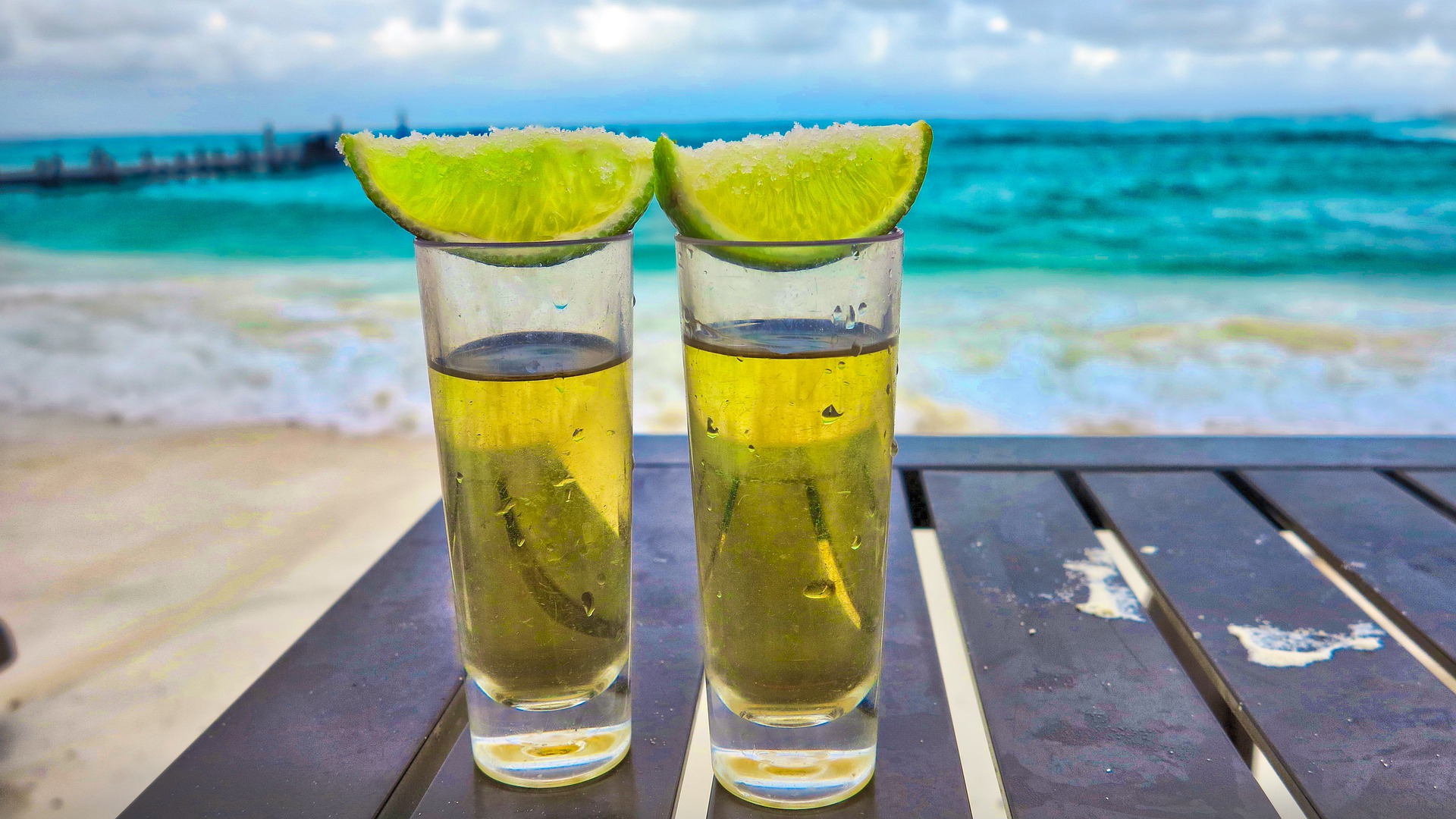 We can't thank you enough for making all our travel plans and coordinating our destination wedding and honeymoon in Riviera Maya, Mexico. The challenges you faced in having to reschedule our entire group due to Hurricane Wilma, was overwhelming, to say the least, but your expertise and attention to detail, made for a successful and beautiful event. It truly was a trip of a lifetime and the memories will last forever. Thank you again for all your efforts and going above and beyond what we expected. 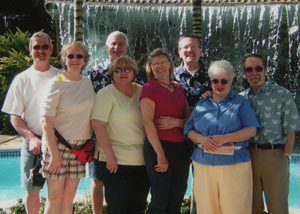 Terry has helped plan and carry through on the last two cruises we took. She is now in the process of helping us plan a 12 day Carnival Cruise to Hawaii for 2008 for our group of 12.

The first trip was a couple years ago for a seven day Eastern Caribbean cruise aboard a Carnival. Because of the problems that occurred, and the way they were handled, we would never consider using anyone else as a travel agent. Due to an ice storm in a connecting airport in Atlanta, Georgia we missed the departure of our cruise ship from Ft. Lauderdale. There was nothing Terry could do to get us to Ft. Lauderdale in time to catch the ship, but she made what could have been a nightmare vacation into a great trip full of great stories and memories.

The next cruise was August 2006 for a seven day Alaskan Cruise aboard the Royal Caribbean Radiance of the Seas. This was a group of six. Fortunately, we had no problems. It was a wonderful trip; everything we expected plus more.

As I said, our next cruise is to Hawaii next year. We've added some new cruisers based on how great our other trips were......this happening because of the excellent, hands-on, 24-hour service from our agent, Terry Sage. 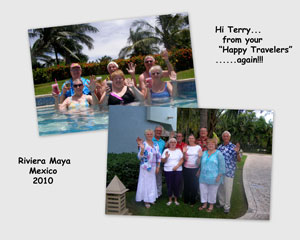 Just a note to tell you "Thanks Again" for all your suggestions, your patience and your excellent follow through our latest vacation. I think this makes five trips now... the Bahamas in 2011! We'll be calling again. You're the best! 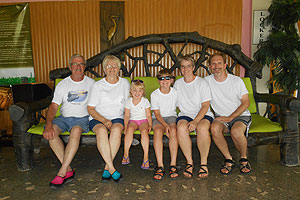 Our trip was absolutely wonderful again!!! Our thanks for helping us to plan the most special place to celebrate our 45th Anniversary with our daughter and her family. The memories we made will last forever!

You keep us coming back! 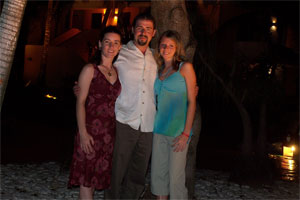 Ohhhh Terry, Terry, Terry... where to begin?!? A.W.E.S.O.M.E.!!! Just wanted to thank you. You had us so well schooled on what to expect and EVERYTHING went so smoothly - it was awesome! Chris wants to take Cassie to Yellow Stone National Park in 3 years. He said it will probably be our last "as a family trip" so I'll call you then!  I'm not sure if you handle anything like that, but you have all of our trust! You are the BEST! Thank you SO much for taking care of us! 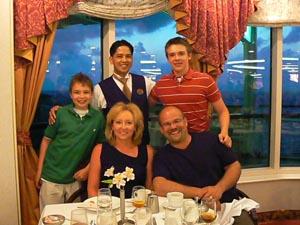 We had a fabulous time!! We made every flight connection there and back, the weather was perfect, and not one piece of luggage was lost. The four days in Disney was action-packed, and the Royal Caribbean cruise experience was amazing! Thanks again for helping us to get everything coordinated and planned for a wonderful trip, we really appreciate it. 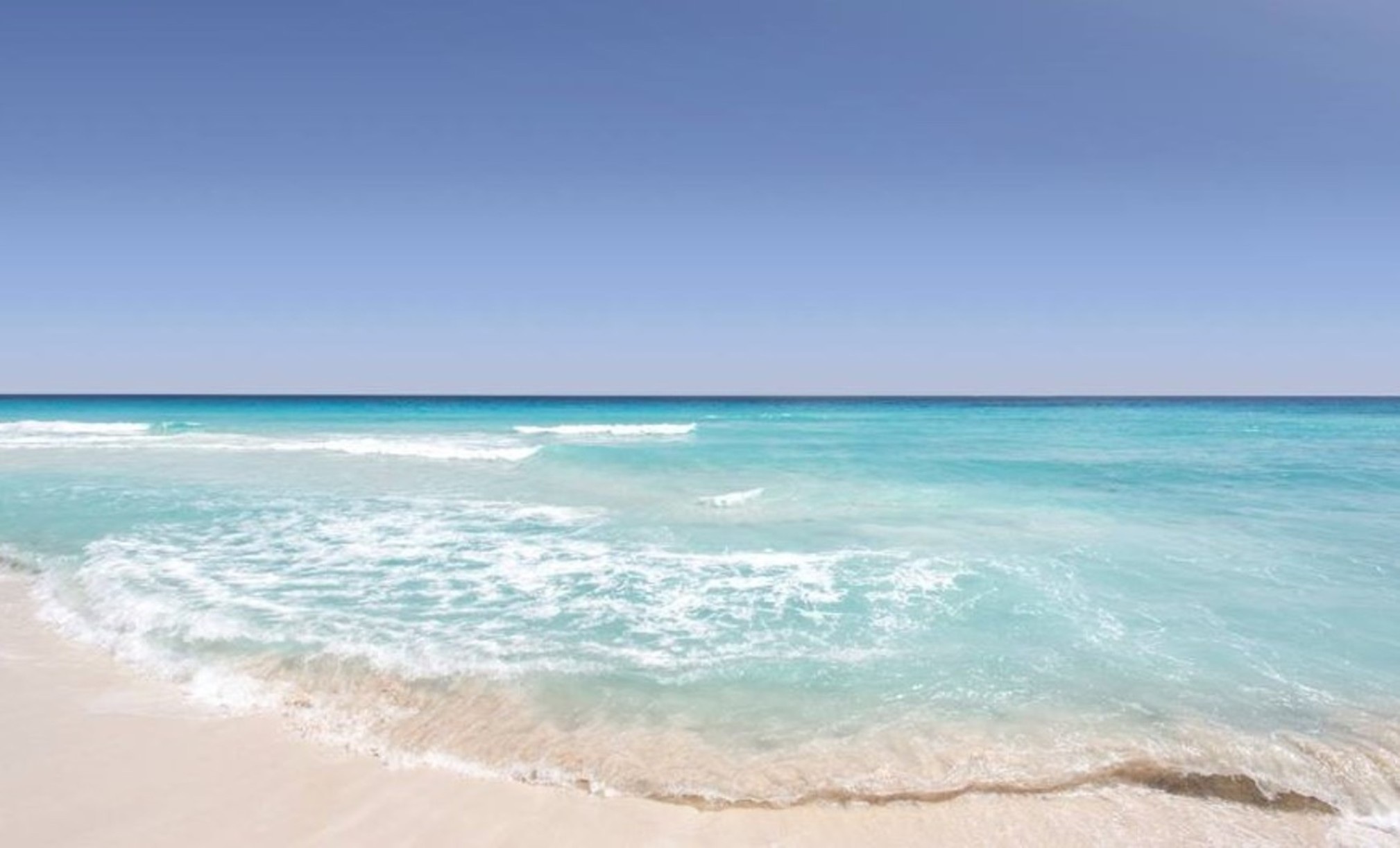 It was FANTASTIC!!! Thanks for all you did to make this such a perfect vacation! 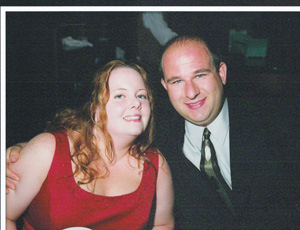 Terry, It was such a pleasure working with you on our Honeymoon cruise to New England. We had NO idea that a cruise was within our means! We came in to see you with plans on doing something that was WAY more time consuming and a lot less relaxing, and you found the PERFECT vacation for us! We have another cruise planned you to Alaska this September, and though we are no longer in the Erie area, we are SURE to keep you in mind for ALL of our future vacation plans! Thanks for everything you do that keeps us coming back :) Morgan and Matt Merchant :) 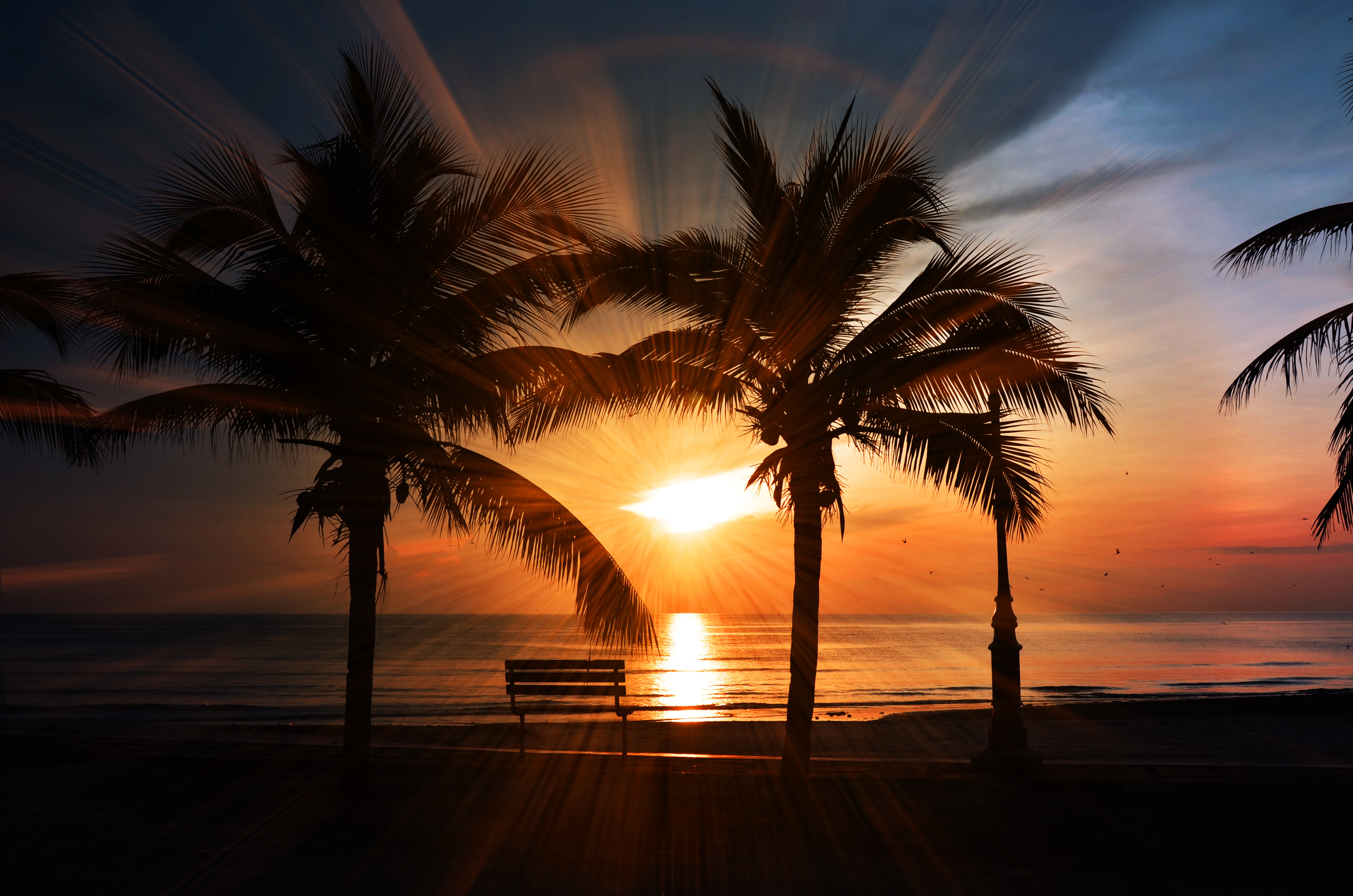 I have never planned so little for a vacation- you did all the research and work and we got to enjoy ourselves!  Thanks for all the effort, coordination, reminders, and tips - from the big things to the details, it was fantastic! 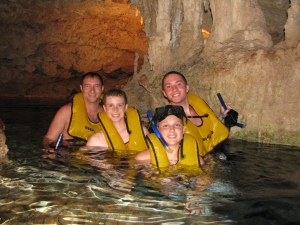 Hola Amiga: Terry – You Are The Queen. The whole trip was fantastic. It worked out better than I had hoped. My kids were great and loved it. No one wanted to leave Mexico or Florida. The ten days flew by. The place was beautiful and well run. Love the Mexicans. They are so nice and work so hard. We did the Mayan Adventure tour and swam in the caves and at an inlet with stingrays and sea turtles. The resort had tons of activities and we even got to scuba dive in the pool. Simply Awesome! beach there too. Thanks so much girl. I have a bottle of Tequila for you. You set us up good. They gave us a great room and location plus T-shirts, Tequila bottle and champagne. Flights were good. On the way there, my middle son's bag went to Portland, Oregon, but they had it in our room within 24 hours. Philly airport is the worst. They are understaffed and the ones there don’t give a darn. Everywhere else was great. Just a wonderful trip and fantastic experiences. Terry. You're the Best. John Murray 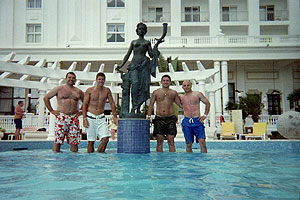 First off - thank you! Second off - how much to send me back and keep me there? Great trip - beautiful scenery, loved the ocean. Did a couple scuba dives and snorkeling trips... Jake is hooked on scuba now. More to come and thanks again. 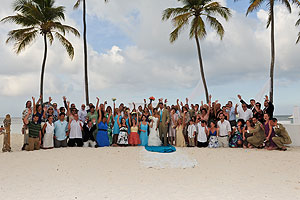 Our company has used Terry Sage for all corporate travel since 1998.  For our manager meetings, we had groups averaging around 35 people.  Each of our trips was handled with the utmost attention to detail. Terry’s knowledge and resource of the travel industry are extremely beneficial to any company that plans event trips.  We were also very impressed with Terry’s willingness and availability day or night to help us if we ran into any problem during the trip. I worked closely with Terry planning these trips and would highly recommend her for corporate group travel. 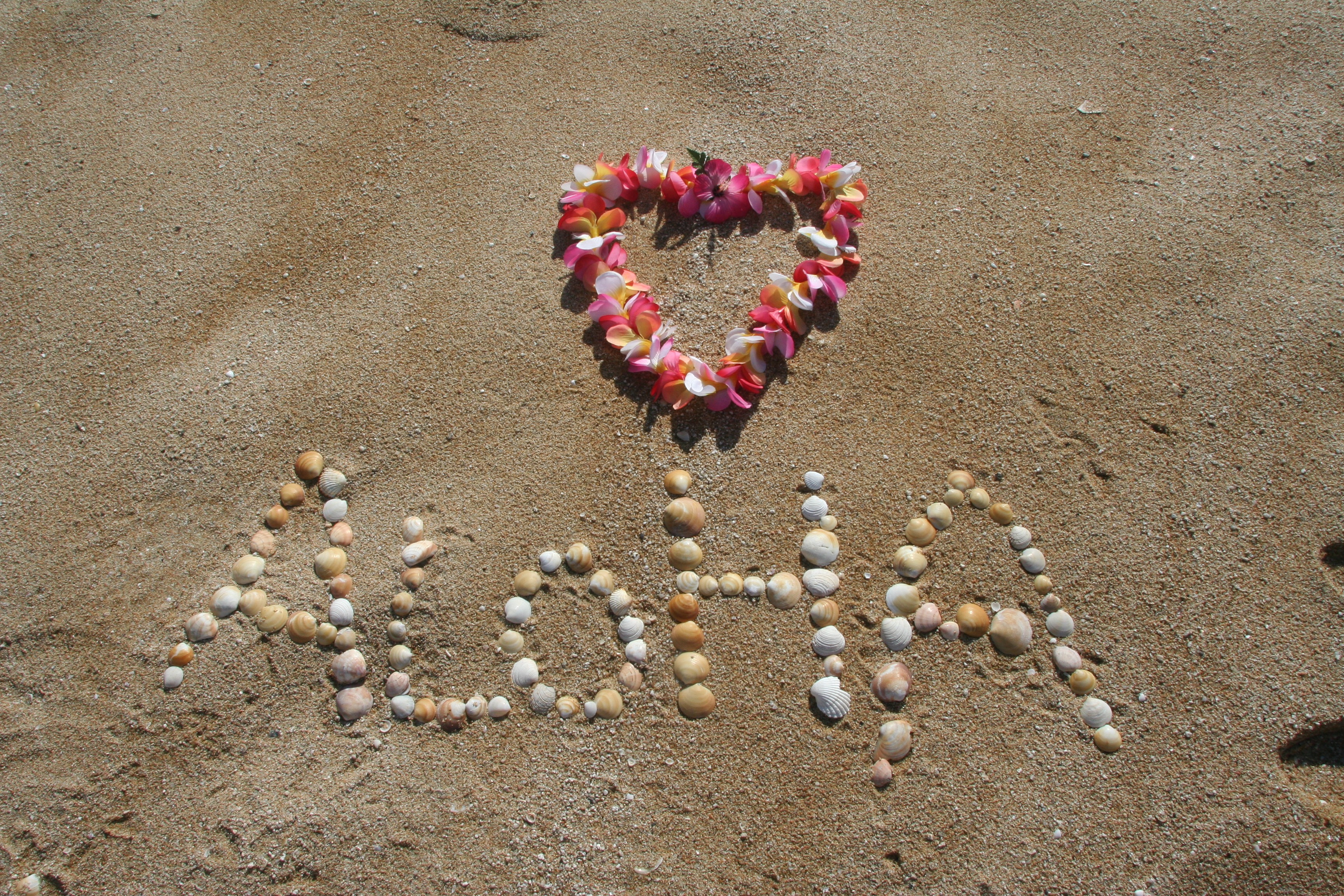 Hi Terry, Just wanted to thank you for the wonderful memories you helped us carve in our hearts…they are spectacular!!   We appreciate all the hard work you did for us to make this 40th a truly memorable holiday.
You're not only a very nice person, but you are very good at what you do and we hope to use your services again someday….take care….
Mahalo
Bonnie 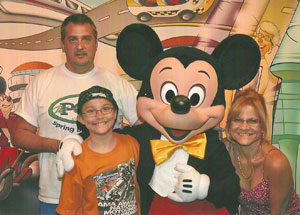 I just wanted to send you a great big hug and kiss and thank you for the most wonderful vacation we've ever experienced at Disney World! We sincerely couldn't have asked for a better time and we owe it all to you (and the great weather!). The scooter rental for my husband was a fantastic idea. It was waiting for him as soon as we got to our resort at Riverside Port Orleans which, by the way, was the perfect resort for us. We could have thrown a stone into the pool from our room! My son was in the pool every morning and night! Thank you again for a magical vacation! The memories will last a lifetime and we are already planning to go again next year! Hope to see you again soon!